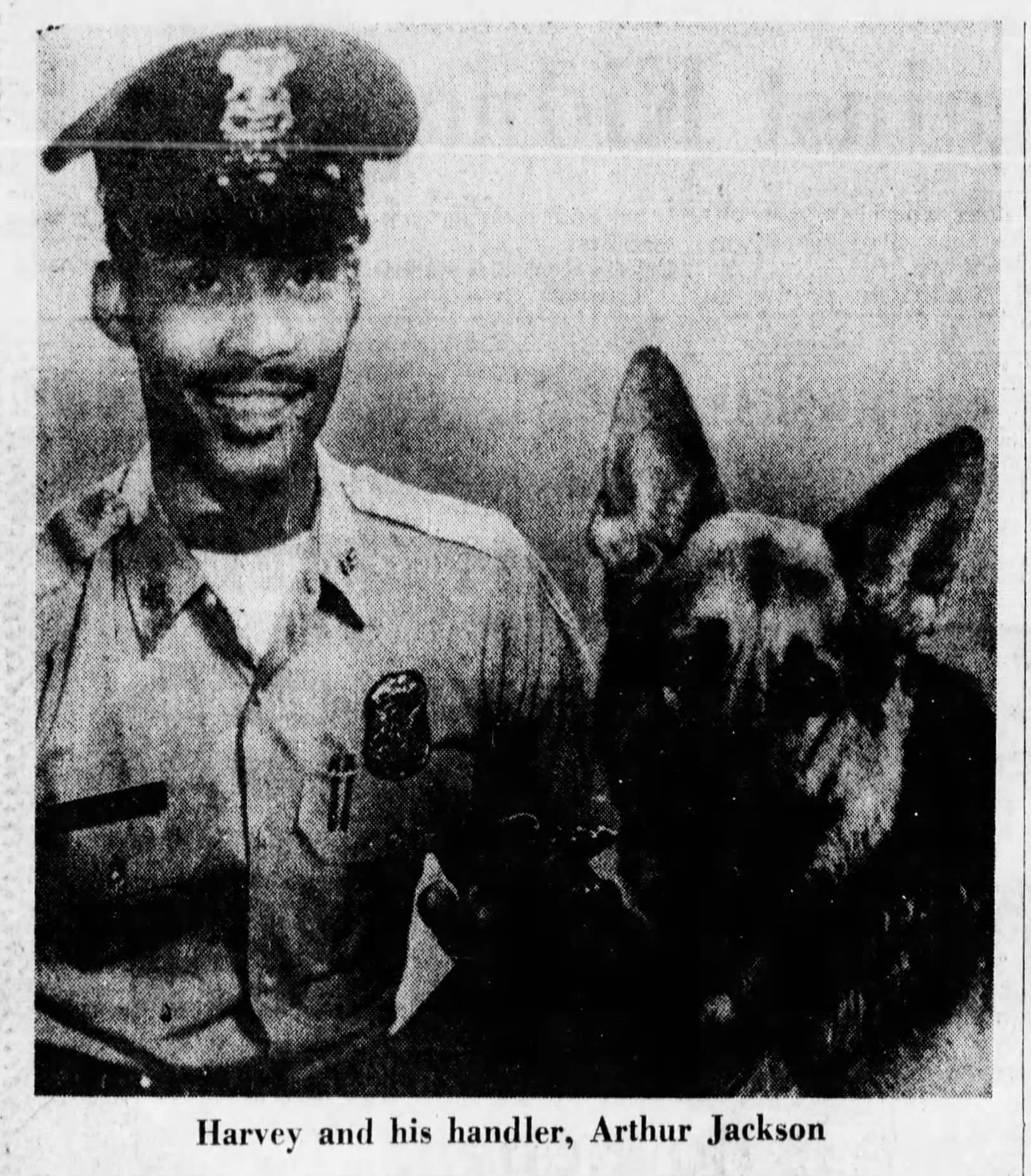 Cause of Death: Undetermined

K-9 Harvey disappeared from handler Arthur Jackson's patrol car while it was parked behind the Detroit Police Department's 13th Precinct at the intersection of Woodward Avenue and Hancock Street.Harvey and his handler had apprehended a burglary suspect at the Longfellow School and had gone to the precinct for the handler to book the subject. When his handler returned to the patrol car Harvey was missing. He was never recovered and was presumed dead.K-9 Harvey had served with the Detroit Board of Education Police for two years.