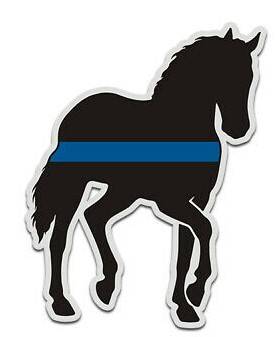 Cause of Death: Accidental - Struck By Bus

Officer Down Memorial Page: Not Listed

On July 16, 1966 Detroit Mounted Policeman Edward Wortman and Police Horse Little Reb were struck by a city bus. They were on patrol southbound Woodward near Harper. The impact knocked them to the ground. Little Reb rose to his feet, but collapsed. He tried to get to his feet several more times but was held down by officers. The three-year-old Chestnut died while waiting for a veterinarian to arrive. Little Reb had patrolled city streets for just two months at the time of his death.